I’m one of five boys and we all grew up (just not very high) on a farm outside of Yass, New South Wales. I’ve always loved books and now I get to write them!

Chicken Stu (Scholastic, 2010), was my first book and it is inspired by the antics I got up to with my four brothers on our home farm. It was followed in 2013 by Bad Grammar (Walker Books), a story set at a remote boarding school for rough boys. 2021 marks the release of a new junior series called The Nerd Herd in collaboration with the very talented illustrator, Chris Kennett. I have also signed a new top secret middle grade series that will start coming out mid 2022.

As well as books, I write plays. Two of my plays have been nominated for Awgie (Australian Writers’ Guild) Awards: Smashed, and Thai-riffic! (adapted from the novel by Oliver Phommavanh).

For 7 years I worked for the Wakakirri National Story Festival, an arts festival for Australian schools promoting education through the telling and sharing of stories. I also had an exciting stint as Creative Producer for the Powerhouse Youth Theatre (PYT) in Western Sydney. I currently teach music, drama and writing part-time within primary schools.

In my quest for knowledge (and to avoid real work) I’ve completed a Bachelor of Arts in Communication (Theatre/Media), a Graduate Diploma in Screenwriting from the Australian Film, Television & Radio School (AFTRS) and a Master of Teaching. These bits of paper mean I’m much smart. 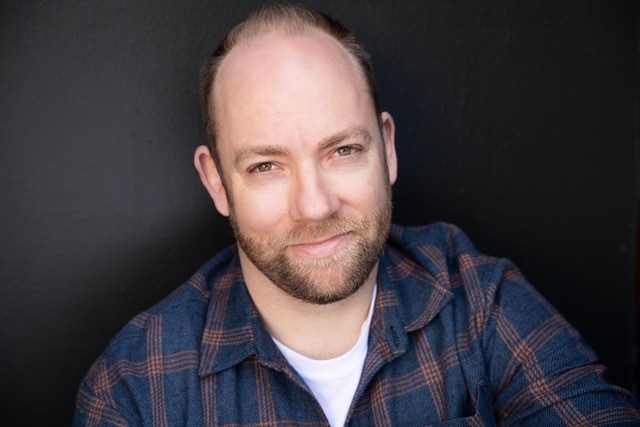 The Nerd Herd is a new series for readers 7+.

This hilarious story follows three misfits on a farm who want to move up the pecking order. Filled with lots of funny illustrations, comic panels and speech bubbles, making it an accessible read for all levels.

The Nerd Herd #1
Join Barny the Lamb, Shaama Llama Ding Dong, and Billy the Angora Goat as they try to ... WOOL THE WORLD!

Individually they’re meek, mild and soft.
But together, with their combined talents,
they’re a herd.
The Nerd Herd.

Barny the Lamb and his friends are sick of being picked-on. So they decide to form a gang to show everyone that they are not as soft as they look. But how do three fluffy friends stand up to a cunning fox, a gigantic cat and a bull with behavioural issues? 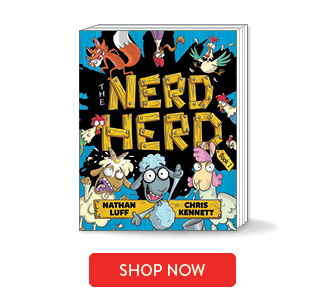 Barny the Lamb and his friends may have scared off the fox. But now they have a new problem. A gigantic bull (with behavioural issues) is on the loose. Can Barny and his gang get the bull back in his pen and earn the respect of the petting-zoo farm? Or will this be another big mis-steak? 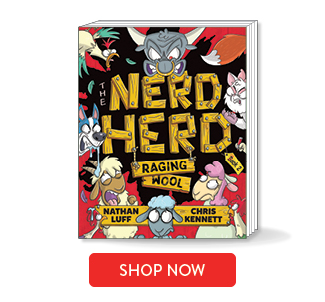 Individually they’re meek, mild and soft.  But together, with their combined talents, they’re a herd.  The Nerd Herd.  Barmy the Llamb has been kidnapped and taken to the den of Mrs Fox. It’s now up to his friends, Shaama Llama Ding Dong and Billy the Kid to save him. But will Shaama and Billy be able to get to their buddy before he becomes a lamb dinner?  And if they do, how will they outfox the fox?

Look out for it on BOOK CLUB Issue 8. 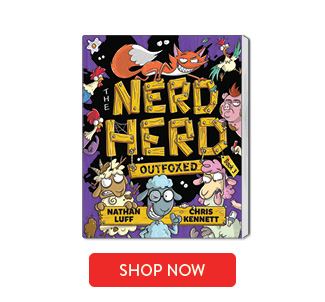 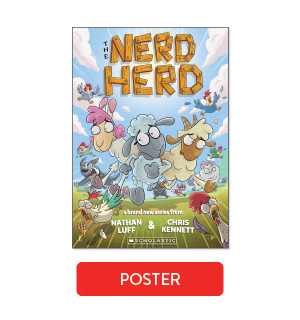 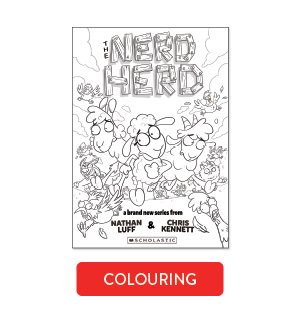